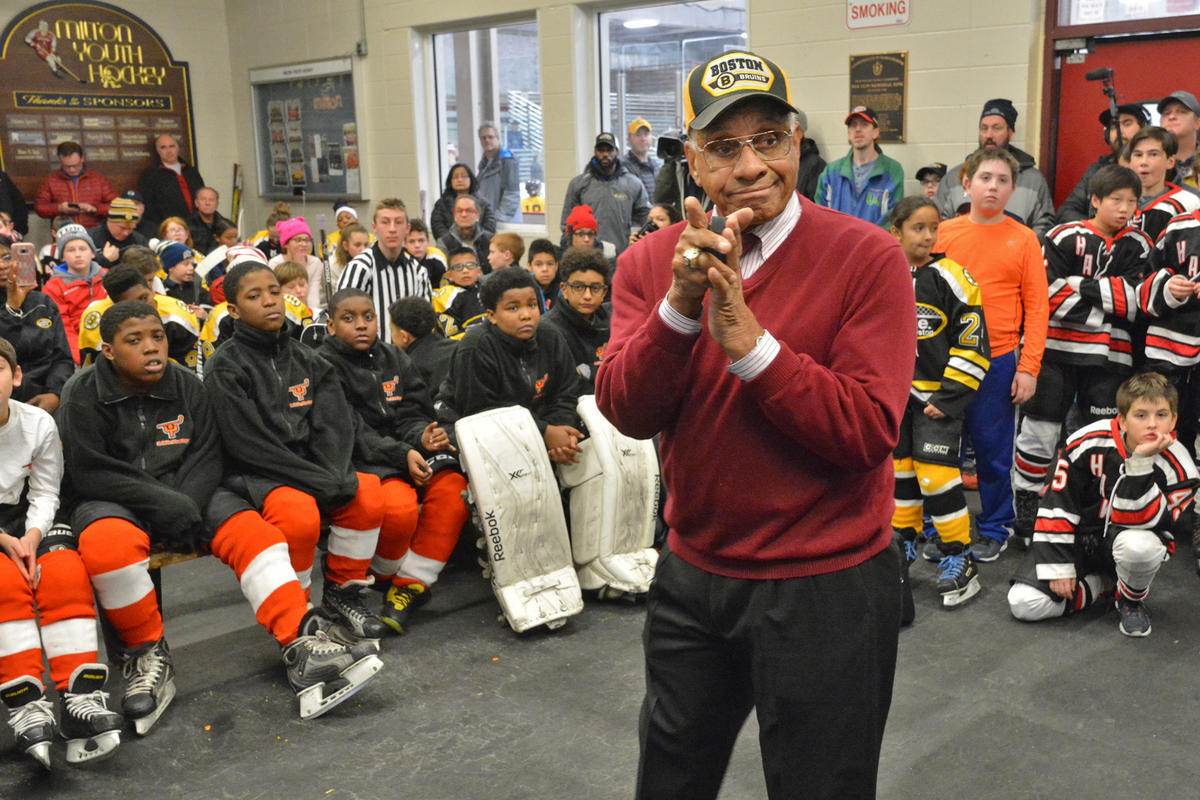 Appearing over the weekend at the Willie O’Ree Invitational Tournament, hosted by SCORE Boston Youth Hockey at Ulin Memorial Rink in a suburb of Boston, the Boston Bruin legend was greeted warmly by girls and boys of four youth teams from Massachusetts and Pennsylvania.

Commemorating one of the NHL’s diversity and inclusion milestones throughout the tournament weekend named in his honor, O’Ree told the young players “You can do anything that you set your mind to.”

“If you feel strongly within your heart and within your mind, don’t let anyone tell you that you can’t attain your goals,” said O’Ree.